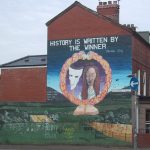 Many of the accents spoken in the province of Ulster share common features with Scottish English. Here are some distinguishing features:

1)      Diphthongs in words like goat and face tend to be monopthongs, so they sound like “goot” and “fees”.

2)      The “oo” in cook or book is pronounced very far in the front of the mouth, almost like the French “u”, like in Geordie.

3)      The dipthong “au” is centralised. This means that words like pound or now sound like “poynd” and “noy”.

Even if strongly influenced by the Welsh language, this accent tends to be quite similar to standard 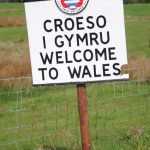 English. Some of its features are:

1)      a very musical intonation and the syllables are well pronounced.

3)      Some words are influenced by the Welsh language. 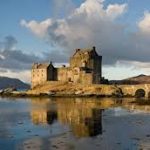 There’s a lot of variation in dialects in Scotland. Here we’ll just have a look at some of the common features of the English variety spoken in the country:

4)      In general, older forms have undergone a process of replacement with more standard ones, but archaic grammar and lexis are still evident. One example can be the suffix –na, used to make the negative of verbs (e.g.: cannot = canna) or words such as hame, bairn (like in Geordie) and kirk, meaning respectively home, child and church.

Our overview ends here for the moment. As I said, it was not intended to be complete and I struggled a bit to resist the temptation to be too “technical”. There’s a lot of material on YouTube if you wish to hear some of these differences, just type in the search bar “Accent Tag” or “Accent Tag English” and the specific one . You can also have a look at this interesting project developed by the British Library http://www.bl.uk/learning/langlit/sounds/.

We do welcome all your comments 🙂 . Which accent do you like the most? Which do you find particularly difficult to understand?

The Cornish and Manx dialects are facing the threat of extinction, sharing the same fate as some other 33 languages across Europe. This is what I’ve found out in an

Sometimes language learners are so worried about grammar accuracy to think that intonation doesn’t matter that much after all. Personally, I have always felt a bit down when my sentence