British accents and dialects – the Midlands and the North of England 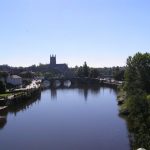 As the word suggests, this is the “centre” of England. Here we can distinguish between East Midlands and West Midlands. The most famous dialect is the one spoken in Birmingham, which is called BRUMMIE. Linguistic variation has diminished a lot in these areas and it now tends to reflect the standards of the RP, though with some differences:

2)      Absence of the Trap-Bath split: the split that we mentioned for the Southern accents is absent here. Words like “bath”, “dance” and “glass” are pronounced in the same way as “trap”.

4)      On top of that, some dialects still feature archaic elements. For instance in the West Midlands you could hear words like bin (meaning am, are) or ay (meaning isn’t). 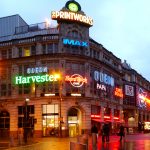 MANCUNIAN or MANC and its vocabulary includes a lot of slang words or expressions that make it unique, a little bit like what we saw for Cockney. Newtons meaning teeth, mint meaning great; I’m not bothered becomes I’m not mithered; mother becomes mam (although this is a fairly common aspect in Lancashire). There is also a plural for you which is youse.

Some of the common features of this area are:

3)      In the dipthong “ai” in words like mine, fine the first sound is lengthened, so that mine sounds something like “maaain”.

4)      In some areas and only for some words “r” is pronounced similarly to Italian .

SCOUSE is the name given to the distinctive Liverpool accent. In this accent the tongue is kind of drawn back and the final “k” (e.g.: back) is pronounced more towards the throat than standard English, producing a friction that slightly resembles Arabic or Spanish (think of the “j-sound” in words like juego).

YORKSHIRE is a very vast area of the North. Here, the is sometimes pronounced “t” and the initial “h” is dropped. Some archaic traits are still present, such as the word thou instead of your. To say anything and nothing people from this area say aught and naught. Another aspect of this accent can be noticed in words like Monday or mistake: in the dipthong “ei”, the second part is not pronounced, so those words sound like “mondee” or “misteek”.

It is the dialect spoken in the Newcastle-upon-Tyne area and, like the accents of the Midlands and the 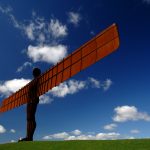 North, it features the foot-strut merger and the trap-bath split is absent. Some of its distinguishing features are:

1)      In the “au” dipthong the first element is dropped, therefore the word town sounds something similar to “tun”.

3)      The “oo” in book or cook is pronounced very far in the front of the mouth, like standard English “food”.

4)      This dialect retains a lot of very old words, the most famous example being bairn for child.

Sometimes language learners are so worried about grammar accuracy to think that intonation doesn’t matter that much after all. Personally, I have always felt a bit down when my sentence

Southern English has some common features that can be grouped as follows: 1)       “r-dropping”: the “r” at the end of a word is not pronounced. Actually, it sounds similar to

NORTHERN IRELAND Many of the accents spoken in the province of Ulster share common features with Scottish English. Here are some distinguishing features: 1)      Diphthongs in words like goat and