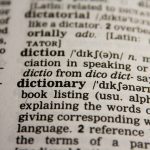 Wise is often used as a suffix in spoken English; actually, it seems to be one of those “magic” versatile words that are used in a lot of different contexts, like our dearest friend “get” 🙂 But…what does it mean? How is it used? And… is its use always acceptable?

First of all, I have used the word suffix to define –wise. A suffix is basically an ending which is placed at the end of a word. This ending carries a meaning. Let’s use the suffix -LY as an example:

-LY = something that happens or is done in an X way, where X is the word –LY is “attached” to

-WISE (you can find its etymology here) works in the same way, but it carries two meanings:

1) in the direction of X, in the manner of X 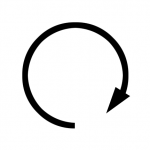 2) with regards to X, as far as X is concerned

I like my new job, but I’m looking for something different money-wise

The first meaning is the oldest one. You can notice it from the very fact that there is no hyphen (-) between the word (clock) and its ending (wise), meaning that these words have become fixed expressions. Other examples could be otherwise or likewise. 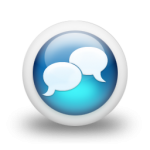 The second meaning is more informal and should not be used in formal writing because it is generally not accepted style-wise 🙂. You may also find some of these compound nouns spelt without the hyphen (e.g.: moneywise), but I would venture to say that this depends pretty much on the standard the word has achieved in usage: has it been used a lot before?

As a suffix meaning “with regards to”, –wise is used a lot, sometimes indiscriminately, especially by native speakers. In writing, it should be avoided and used only in very informal texts (e.g.: a letter to a close friend or a text message). Being informal and colloquial, it should be limited to speaking, but also in this case try to avoid excesses (a couple of words, no more than that in the same dialogue), because having too many words ending in –wise may sound awkward conversation-wise 😉