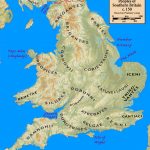 Southern English has some common features that can be grouped as follows:

1)       “r-dropping”: the “r” at the end of a word is not pronounced. Actually, it sounds similar to the “i” in girl or the “u” in purse; e.g. water or better are pronounced “uotǝ” and “betǝ”. That symbol in bold represents the same sound Italian people make when they are sarcastic about something (“Hai studiato?” – “Eehh!”) or when people from some parts of Southern Italy say “black” (“nirǝ”) and it doesn’t correspond exactly to any vowel.

In the case of can’t,  the long “a” sound is relatively consistent throughout England. I would suggest to our Italian students to make this “a” sound particularly long if they want to opt for a British pronunciation rather than an American one, so as to avoid any embarrassing situations… just trust me J

3)      Glottal stop: the “t” sound between vowels is dropped and substituted with a glottal stop (that is our throat kind of closes immediately and then is released again). So words like “butter” or “better” sound something like “bu-ǝ” and “be- ǝ”.

This is what is considered the “standard UK accent” or “the Queen’s English”. It is a non-regional accent, even if derived from London English. It emerged from the speech of 18th and 19th century aristocracy and it is what people tend to consider to be a “posh” accent.

Originally, the dialect of the working class of East End London. Now, if you are Italian, you’ll love this because two of the most difficult sounds to pronounce for you are not there:

4)      Another aspect goes with the name of London vowel shift. Basically, some vowels are pronounced in such a way that for example “buy” or “day” sound not very dissimilar to the American way of pronouncing “boy” or “die”.

On top of that, there is a large number of slang words (Cockney Rhyming Slang): apples and pears meaning “stairs”; trouble and strife meaning “wife”, jam jar meaning “car, etc.

This is spoken along the river Thames, in the South East of England and it combines aspects of RP and of Cockney, but the rhyming slang is less used.

This is the accent you would hear in Bristol and all the way up to the Welsh borders. Here, “r” is pronounced at the end of a word, so mother sounds like “mather”.

Lots of dialects are spoken in this area, Cornish among the others. One of the characteristics of Cornish is for example the use of a proper dialect, e.g. Ny wonn means “I don’t know”.

This is actually where Simon is from J, although he doesn’t have a strong accent at all. The accent of this area shares the same features of Southern accents, but here: