British accents and dialects – an introduction 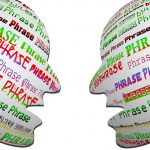 The Cornish and Manx dialects are facing the threat of extinction, sharing the same fate as some other 33 languages across Europe. This is what I’ve found out in an article recently published in the Western Morning News. The information is gathered from the UNESCO Languages in Danger Project, which has predicted that more than 6000 languages will disappear by the end of the 21st century. According to Christopher Moseley, four British dialects are in danger and these include Cornish (the dialect spoken in Cornwall), Manx (spoken on the Isle of Mann) and two dialects used on the Channel Islands (Jèrriais and Guernésiais). Preservation of these languages can be achieved through social media and “linguistic-based” ethical tourism. But what are the dialects spoken in the UK?

Italian people are definitely already acquainted with the concept of dialect. For historical reasons, there is a strong difference between the language spoken by someone from Venice and that spoken by someone from Sicily. It is not just a question of sounds and accents: words and sentence structure are often very different and, in the case of some old people, communication can sometimes be quite difficult even between two people from the same region but different towns.

In the UK the situation is less complicated, but still there are some differences. I am planning to write an overview of the best-known accents and dialects in the United Kingdom. It is not intended as a complete list and the pronunciation will not be based on the IPA (International Phonetic Alphabet), but on the Italian phonetic system – so that even if you don’t know yet how to read phonetics you can have a rough idea on how that word “sounds” 😉